2006 – Colette Hosmer
I enter the big local market through a narrow alleyway lined with peddlers, selling everything the sea and earth can locally provide.  Tomorrow is Spring Festival (Chinese Lunar New Year) and the market is teeming with shoppers.  This alley eventually opens onto an intersection crammed with flower sellers, fish gutters, caged-bird traders, food-vendors and sugar cane ladies. I struggle through this wonderful, unruly bazaar and enter the covered meat market on the other side. My lungs immediately fill with the thick, rich essence of animal insides that have just recently been exposed to the outside.  Bordering the isle are long lines of tables displaying pigs, chickens, ducks and goats – all laid open, sectioned up, with various parts hung or stacked neatly, as in concentric circles of chicken gizzards that remind me of lotus blossoms. 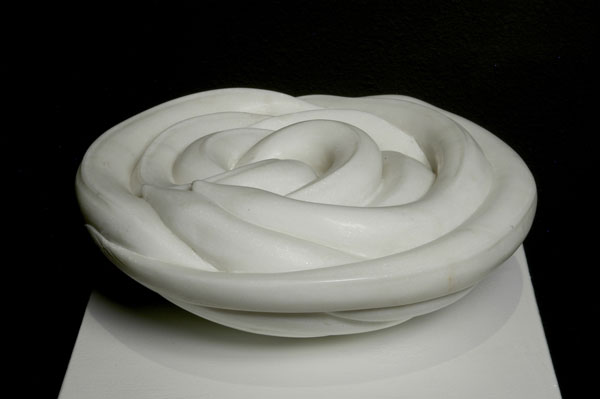 I pass the last of the meat merchants and am confronted with three additional market lanes — two of which traffic in seafood, much of it alive.  Vibrant mounds of vegetables, medicinal herbs and fruit spill down the third corridor. The road to the right will deliver me to a tank, scouted days before, brimming with robust eels.   As I push through the crush of pedestrians and bicyclists, I prepare myself for the quandary that I know lies ahead.

I’ve skinned, buried, boiled and utilized beetles to process the animals that I deploy for my work, but my respect for life determined that I never killed, or had anything killed, to use as a medium for art. If they came to me already dead, so be it.

“This is the way it’s done here,” I rationalize, as I stand in front of the eel stall.  “Every doomed creature in this market will meet the same fate today.  If any escape the cooking pot, they will expire soon enough anyway.” 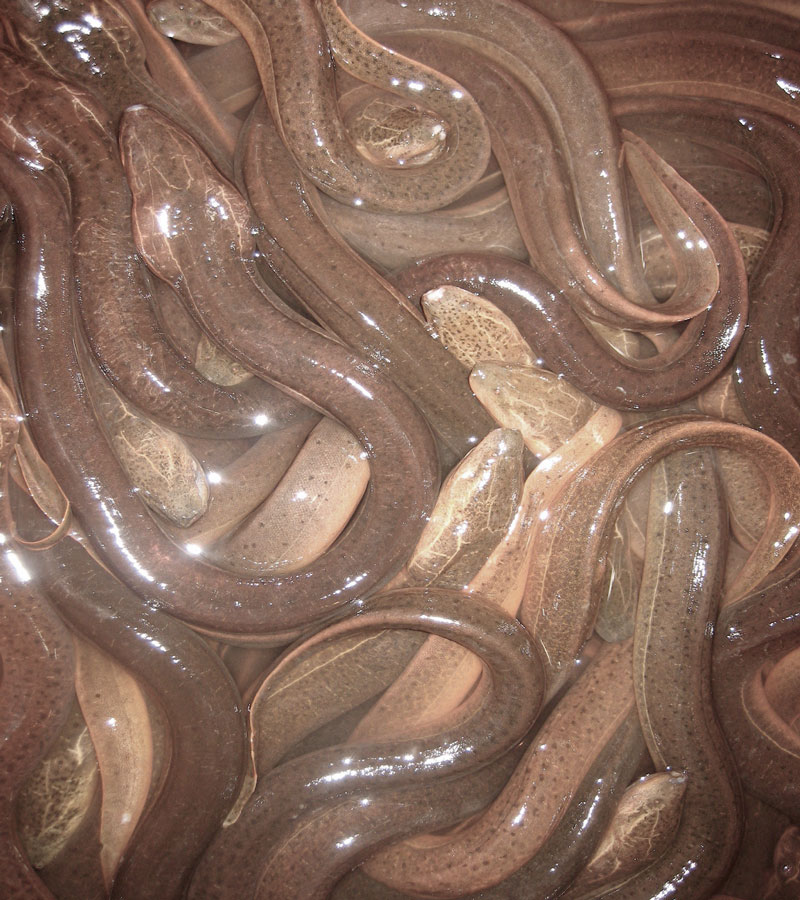 I choose ten fat eels, similar in size.  A young lady skillfully extracts my selections, even as they loop around themselves and each other, and stuffs them into a red plastic bag. Starting to feel myself weaken when presented with the writhing bundle, I demonstrate to the girl that I want her to kill them.   I brace myself for some kind of quick and orderly surgical procedure, when she promptly raised the bag above her head and slammed it to the floor.  The eels burst forth on impact and slid across the concrete.  She quickly put them back into the container, and with all her strength, heaved the sack to the ground once more.  Earlier, glib justifications vanish with the shock and I feel miserable.

As I instinctively retrace my steps back to the market entrance, red bag at my side, I think about the girl’s composure.  Her neutral demeanor registered neither cruelty nor sentimentality and, in fact, her method of killing the eels probably caused them the least amount of suffering.  Regardless of the ache in my chest, I can’t shake the feeling that I have caught a glimpse of something fundamental and profound.

In China, Wal-Mart Super Centers offer their customers food in the form of live fish, crab, lobster, shrimp, eels, frogs and turtles.  In this part of the world, they are not obliged to camouflage the process by which seafood becomes food. My first-world status sees to it that I purchase my hamburger at a disengaging distance from the slaughterhouse.  I sense that I’ve lost more than I’ve gained in the bargain. In some mysterious way, that young woman, killer of eels, has a more complete understanding of life than I do.

For some months now I have been living in a culture that practices the strange custom of acknowledging death.  And, my “respect for life” is in danger of deepening because of it.